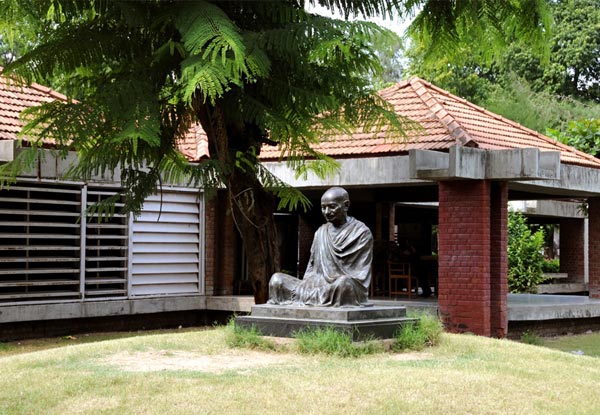 Given the remarkable legacy of Indian National struggles, it is quite natural for us, Indians, to feel the spirit of impending Independence Day. The day also offers all Indians, irrespective of generational differences, a unique opportunity to celebrate the living memory of our great Freedom fighters. What better way to celebrate the glorious legacy of India than by visiting places that changed the course of the country’s history. For those of you who are wondering where to backpack in India on this Independence Day, read further to discover places where Indian history rests.

The prospect of visiting the humble abode of Mahatma Gandhiji should surely fill any visitor with awe. Sabarmati Ashram offers to visitors the nostalgic warmth of social activism and relentless activities spearheaded by the “Father of Nation”. Gandhiji spent much of his time as a social activist in this place. The famous Ashram is the place where Gandhiji famously set in motion Satyagraha, Civil Disobedience Moment and Swadeshi Movement. Sabarmati is conveniently located on the bank of Sabarmati River, and is visited by thousands every year. Of all the historic incidents associated with the Ashram, Gandiji’s Dandi March in response to ‘Salt act’ is perhaps the most significant.

India is the birth place to some of the boldest minds in the history of mankind. The Cellular Jail located in Andaman and Nicobar Islands arguably tops the list of places that one should visit at the drop of a hat. The historic jail is a testimony to the brutality suffered by freedom fighters at the hands of British colonizers. The prospect of being there should give visitors a symbolic insight into the behind bars struggle of leaders. Apparently, the legacy of the legendary freedom fighters pervades every brick and stone in this place. Cellular Jail found its way into the hearts of every Indian after it was declared a national memorial by the government in 1969.

Notoriously known as the darkest chapter in Indian national struggle, Jallianwala Bagh led to the massacre of thousands of Indians at the hand of General Dyer. People had gathered in droves at the location in Punjab to resist the Rowlatt Act in 1919. Widely considered by many as the most inhuman form of treatment meted out to Indians by the colonizing force, incident at Jalianwala Bagh was a watershed in India’s history. The whole place is infused with haunting memories of the slaughtered thousands. Today many travel enthusiasts and history buffs across the globe rightly regards Jalianwala Bagh as an ideal place to visit on special occasions.

Agra Fort is a tribute to country’s cultural diversity

The Mughal intervention in the subcontinent has given birth to a number of beautiful monuments. The Agra Fort represents the perfect of example of Hindu culture wedding with Islamic architecture. The place is also recognized by UNESCO and is famous for hosting the Indian Rebellion of 1857. Sepoy Mutiny is today viewed as the cradle of the Indian national struggle for Independence. The historic monument lies adjacent to the Yamuna River and promises to set up an awe-inspiring visit to travellers. The fort contains all the ingredients to make your visit a truly memorable event.

The splendid architecture of Viceregal Lodge serves as a perfect doorway into the colonial heritage of India. Crafted along the lines of Renaissance architecture, the spectacular monument is steeped in history. The popular tourist attraction in Shimla is notable not just for its architectural aesthetics but for its reputation as the historic location where the India-Pakistan partition story unfolded. Viceregal Lodge also houses a popular museum that delicately narrates poignant stories of the Indian National struggle for freedom. It is also worth noting that this place was the super cool place where the Viceroy of British India stayed during the summer season.